The Law on Using Reasonable Force 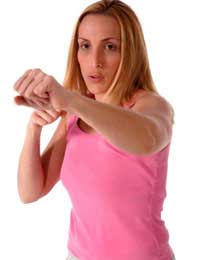 There are widespread concerns that the honest citizen faces an increasingly uneven playing-field against a rising tide of lawless thugs. However, the law of self-defence has, for hundreds of years, provided a potentially limitless justification for acts of violence against attackers. So wide-ranging is the protection that an individual may use violence and weapons resulting in serious injuries, and even death, depending on the circumstances in which they find themselves.

An individual charged with an offence such as assault may claim to have been acting in self-defence. The question that will have to be answered is whether the amount of force used was, objectively, reasonable in the circumstances as the individual honestly believed them to be. In other words, did he really believe that the only way to prevent himself, or someone else, being harmed was to hurt the attacker?

This is a question that will have to be answered by the jury. In answering it the jury will take into account both the particular characteristics of the individual – such as their age, gender and relative strength – and the circumstances surrounding their actions. The jury will have to ask whether the average, reasonable person sharing the individual’s characteristics would have acted in the same way if they had been in that situation. However, if the individual suffers from a psychiatric condition which contributed to them acting in the way they did this cannot be used as an excuse and should not be taken into account.

What is Reasonable on the Spur of the Moment?

It is accepted by the courts that a person who is being attacked, or who genuinely believes that they are about to be attacked, is unlikely to have the time to sit down and consider all the options before taking action. People who believe they are being attacked are going to act on the spur of the moment. Almost by definition the amount of force used will be considered to have been reasonable if the individual can show that they acted instinctively.

Self-Defence in the Home

When householders find that there is an intruder in their home, it is likely that almost any amount of force or violence they use to protect themselves and their family will be justified. If the force was used to protect or defend the occupants from harm it will probably have been reasonable.

Self-defence is a common law defence which means that case law determines the tests to be applied when an individual relies on it in court. One thing is clear from looking at the cases that deal with reasonable force - very few of them relate to householders tackling intruders. Generally speaking, the Crown Prosecution Service does not prosecute householders who use violence in these circumstances. Therefore, despite the public perception, these incidents almost never come to court. The CPS and the police frequently conclude that householders have acted lawfully even in situations where weapons and considerable violence have been used against intruders.

Reality and the Media

This subject is extremely emotive: people feel very strongly about their right to protect themselves, their families and their homes. Therefore, when a householder is prosecuted after using force against an intruder the case tends to receive a lot of media attention. This can lead to a distorted impression of the proportion of these cases that lead to prosecutions.

It was recently said by the Director of Public Prosecutions that, in the last 15 years, there have only been 11 cases where householders have been prosecuted after tackling intruders. As long as a householder acts instinctively, in the honest belief that they need to act in this way to protect themselves and their family, almost any level of violence can be used.