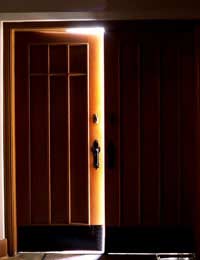 The law on the use of force in self-defence, or to protect property, is very clear. An individual can use such force as they honestly believe is reasonable to defend themselves, another person or their property. Reasonable force can also be used to prevent a crime being committed. If a householder is confronted by an intruder in their home they are entitled to use weapons and considerable force to protect themselves and their family. The government has repeatedly issued statements confirming that the law, as it stands, protects innocent householders. It is the Crown Prosecution Service’s stated intention that householders who find themselves in this position should not be threatened with prosecution unless their reaction was clearly disproportionate to the circumstances.

It is one thing to be safe from the threat of prosecution – it is another to be safe from the threat of serious injury or even death. If a householder finds an intruder in their home they are likely to act instinctively. It is almost impossible to say what an individual’s reaction would be in this most terrifying of situations. Householders should give some consideration to what they would do if the unthinkable happened so that they have an emergency plan in place.

Coming Home to an Intruder

If a householder comes home and notices signs that there has been a break-in – for example a broken window or an open door – they should not go into the property. There is a chance that someone could still be inside. Neither should the householder call out to ask if anyone is in there. They should go somewhere safe and call the police immediately. Some organisations suggest ringing the doorbell if someone comes home to signs of a break-in, in the hope that the intruder will run away.

If a householder realises that they have been burgled after they go into the property, they should avoid touching anything until the police arrive so that important evidence is not lost or damaged.

What if Someone Breaks in When People are at Home?

The best advice in this situation is to avoid tackling the intruder if at all possible. If there is an escape route that occupants of the property can take without confronting the intruder they should take it. Generally speaking, householders in this situation are advised not to make a noise to alert the intruder to their presence. If residents cannot get out of the property they should lock and barricade themselves into a room and telephone the police from there, if possible.

Straightforward burglaries are far more common than people breaking into homes intending to attack the occupants. Most burglars would almost certainly prefer to avoid confrontation. If they realise that they have been detected, they will probably want to get out of the house as quickly as possible. Householders should avoid blocking the intruder’s escape route.

If there are a number of people in the household it may seem relatively safe to tackle the intruder. However, there is always the risk that an intruder will be armed. A solitary intruder armed with a gun could obviously cause serious injury to occupants of the house even if he is substantially outnumbered. In addition, whilst householders are allowed to use a weapon to protect themselves, there is a real danger that an intruder could either use the weapon against the householder or that confrontation could turn a “peaceful” situation violent.

Women may feel at particular risk from intruders. There are some simple personal safety tips that can reduce the risk of being targeted as a (lone) female:

Householders should implement security features that minimise the chances of an intruder getting into their property in the first place. If they do get in, the best advice for tackling intruders safely is: don’t.