Home > Victim Support > Getting Involved as a Witness to a Murder 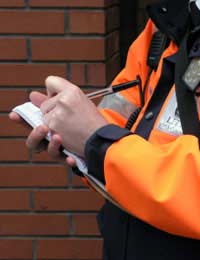 Of all the crimes that a person may witness, murder is likely to be the most overwhelming. Most of us hope to have very little experience of death in our lives – let alone to see one person deliberately kill another.

In many cases the witness may be fearful for their own safety because of what they saw or may also have been attacked by the killer. The victim’s family, and society as a whole, will want to see that justice is done and that the murderer pays for their crime. Anyone convicted of murder faces a mandatory “life” sentence meaning that they are likely to spend many years, if not decades, in prison.

A victim who cannot speak for himself may be dependent on witnesses coming forward so that a conviction can be secured. An innocent person accused of murder relies on witnesses to absolve his name so that a miscarriage of justice is avoided. The stakes on both sides are painfully high.

Witness Care Units offer support to anyone who has become involved with a case as a witness. Once a trial has started, help and advice will be provided at court by the Witness Service which is run by Victim Support. The Witness Service provides practical help in guiding any witness through the court process, reducing the inevitable stress that comes with being a witness. They can arrange for a pre-trial visit to the court and explain how the trial will work so that the witness has some idea of what to expect when they come to give their evidence.

The Witness Service will also be able to help if a witness feels uncomfortable about seeing the accused at court or by being around members of the accused’s family in the court building. The Witness Service will provide particular support to any witness who is a member of the victim’s family. They will do their best to reduce the chances that members of the victim’s family will come into contact with family and friends of the accused within the court building.

Anyone who tries to intimidate a witness, or get them to change their story, is committing a very serious criminal offence. However, there will be cases when this happens. Any witness who feels that they have been approached in this way or who feels threatened should immediately report it to The Witness Service, the police or the Crown Prosecution Service. Appropriate steps can then be taken to ensure that the witness is not intimidated again. This could lead to a prosecution for attempting to pervert the course of justice.

In some cases the fact that an individual has witnessed a murder or informed on the accused could mean that they are in danger. This is most likely to be the case if the accused is a gang member. If a witness faces a serious threat to their personal safety as a result of their involvement in the trial they may be placed under the Witness Protection Scheme. This is run on an informal basis by the police. If someone becomes part of the Scheme they will be helped, practically and financially, to relocate and begin a new life under an assumed name.

These are also sometimes known as Victim Impact Statements. They do not constitute evidence in the trial so the people giving them are not technically witnesses. These statements have been introduced to this country fairly recently and give the victim’s family the chance to explain how the murder has affected their lives. The statements will only be used once the accused has been found guilty and before sentence. However, the statement may not influence the judge’s decision when he passes sentence.

The victim’s family can now be given legal guidance by a Crown Prosecution Service lawyer about what should be included in the statement. It will have to be disclosed to the accused’s defence team and some families may not want this to happen. The statement will usually be read out in court by a lawyer but during the test period for these statements there was provision for the statement to be read out by a family member or someone appointed by them. Even if the statement has no effect on the verdict reached, or the sentence passed, this opportunity can give the victim’s family some satisfaction that they have at least had their voices heard.